As a child advocacy center, Toba Centre is working to expand their mandate to provide a circle of care, ensuring a team of experts provide safety, justice and healing for children who have suffered from abuse. And that’s why I’m proud to partner with Toba Centre on their #TobaCircleOfCare campaign to raise awareness.

I’ve seen how
a child responds
when they
feel heard.

Jeff’s story of abuse begins when he is 11 years-old, back in the 1980s. His journey for justice in the courts occurred in the 1990s, and his path to healing continues today.

Now that Jeff is in his 40’s, with children of his own, he has chosen to share his story to encourage others who have lived with similar challenges. But also to point out how our traditional system is failing children who have been abused, so that as a community we can do a better job of supporting families–to help them be resilient in face of terrible trauma, so they can heal and keep families together.

Today, Toba Centre is listening to stories like Jeff’s to envision how we can better meet the needs of our community.

My story begins with my well-intentioned dad looking to find a coach for my hockey team. My dad asked a good friend of his, someone who had coached many other teams, and was well-liked and well-respected in the community. Over the years he and his family became intertwined with my family, sharing holidays together, celebrating birthdays and milestones. It was normal for me to see him on a daily basis.

When the abuse first happened I was 11 years old, and I can recall every minute and detail of that day just like it was yesterday.

After that first time, he would go on to abuse me several more times in a variety of settings.

It was devastating. I could feel myself changing from a happy-go-lucky kid to a more introverted one, and even became a bit more rebellious. I knew there was something wrong, that what I was experiencing was not normal but I couldn’t talk about it. It made me confused and angry. As I got older I started to distance myself from him, and was able to make up excuses so that I could avoid being alone with him. This was difficult because he was still a family friend and would visit our home regularly.

When I graduated from high school and started university I knew something was not right with me. There were always these terrible thoughts in my head, and at age 22 I finally told someone that I had been sexually abused. While telling the truth was a huge relief to me, it didn’t make everything okay, and I knew it was not the answer I was looking for.

In high school I had not really been interested in drinking and partying because I was afraid of losing control. Now that I had told the truth and it was ‘out,’ those fears went to the wayside. I started to drink and party thinking this would help wash away the terrible thoughts I continued to have.

Over a short period of time I reached out to several close friends to let them know about the abuse, hoping to find an answer, or help, something that would help me to move past it.

Eventually it felt like the right time to go outside my circle of friends and let my parents know. By this time, my mom had already figured it out and said she didn’t want to push me to talk about it. Her support was vital to me. Telling my dad took more strength. I was afraid that in telling the truth that I would destroy our relationship, that we would lose each other, and that I would be taking away his best friend. It was complicated, and it’s still very hard to talk about.

After many conversations I decided to seek legal advice from a family friend who was a lawyer. He provided options to pursue civil litigation or to press criminal charges.

With all of this going on I coped in the only way that seemed available to me. I started to drink more. When the civil judgment came through I did get some money through the settlement, but to be honest it didn’t feel like a win. I got money, but he didn’t have to admit any wrongdoing, and he didn’t have to get help for his issues. The civil ‘win’ didn’t accomplish anything. It felt like dirty money. What it did allow me to do was to drink more and party harder.

During this turmoil, I reached out to several people who I thought I could trust. People in leadership positions, a parish priest and a former teacher I was close to. I only found out years later, that both the priest and teacher were subsequently charged with sexual offences against minors. Seriously, I can’t make this stuff up! It was just unbelievable. The teacher actually blamed me for his crime. He said that by me telling him my story of abuse, it brought up his own past and made him become an offender!

The force of this accusation weighed heavily on my shoulders. I couldn’t help but think of his victims and the lives impacted by his abuse. I really didn’t know how to cope.

Then one day my dad called me at work and said he needed me to come home immediately. I could tell something was up so I brought a friend with me. When we drove up to my parent’s house I knew right away, before we even went in the front door, that my life was about to change. There were several cars in the driveway and one of them was a police car.

When I went in the house it was like an intervention that you might see on TV. It turns out that there were rumours in the community about the abuse. Gathered in my parents house was one of my dad’s friends, an official from the local hockey organization, and two police officers. They all talked to me and wanted to know what had happened. When they were done talking I immediately excused myself and went to the next room to phone my lawyer who gave me advice and provided options. I then went back to the room, politely declined to speak, and told them I was leaving. I had listened, and now I needed to think.

After a week or so of sleepless nights and talking with a few friends about it, I realized I couldn’t stop thinking about it. One day, in the middle of my university class I just got up and left. I went straight to the police station unannounced, and asked for a police officer I could speak with. I then poured my heart out for a few hours telling them everything that had happened. This was by far the most I had ever shared, and details I had never previously revealed. It was like a weight was lifted from my shoulders. Now the whole story was out, and definitely out of my hands.

In a criminal case you put all of your faith into getting a conviction. I spent hours talking to the detectives and building trust and rapport with them. Suddenly those relationships are gone as they send their report to the crown attorney. Then I had to build a new rapport with experts like doctors, crown attorneys, and psychiatrists as we prepared to go to court. We put all of our effort and faith into the system looking for the validation of a conviction. I wanted and expected justice and thought it would all be worth it in the end.

When the trial phase was over, I found myself mentally drained as we waited to hear the verdict. I had no real outlet for personal help and healing, and so I leaned on my friends, and went drinking to create some sense of normalcy for myself.

Finally, the verdict came, the court case ended, and he was found not guilty.

Change is Needed – Safety, Justice & Healing is a Journey

The journey to justice didn’t end the way that I hoped. But this isn’t the only reason I feel like the system failed me, and others who are victims of child sexual abuse. Remember that I did this all while being an adult. I cannot imagine how a child or a parent of a young child can navigate the system without proper support in place.

When the verdict is finally read, and the case is over, it feels like you have been abandoned–the detectives were gone, the doctors were gone, the crown attorneys were gone. I was left to deal with the devastation all on my own. At the time you think you have support in place with family and friends, but actually they are no more equipped to deal with the trauma than you are. If you do not get a guilty verdict you spend a lot of time questioning who believes you and it creates a constant doubt in your mind.

The energy and focus of the current system is really on the abuser. After a court case concludes, for many people engaged in the trial process – their work is done. But the legal process is only one step on the victim’s journey in dealing with abuse. And the hardest part, that of healing, is really just beginning for victims and their families.

The current system is not survivor friendly. Toba Centre has a vision to provide wrap around services, a circle of care that helps families and survivors understand the convoluted path to justice, and support them on a journey of healing–to what we hope is a brighter future.

Part of our Circle: 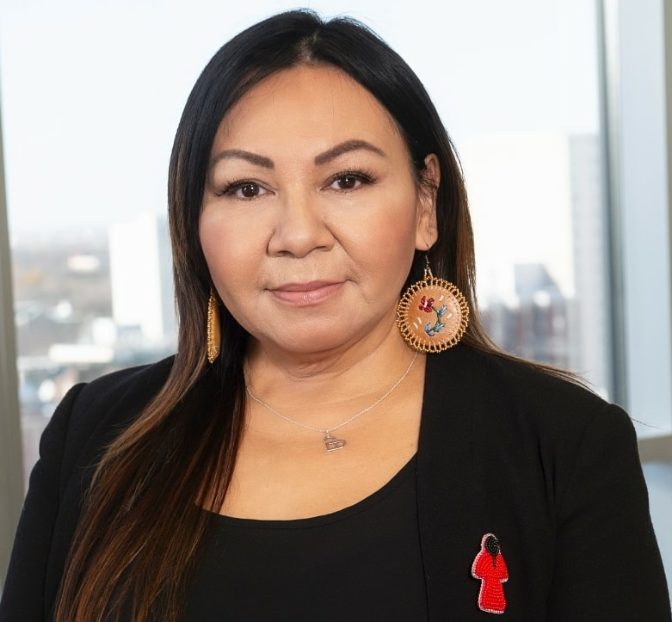 Our children and youth are our future generations and when they need special care Toba Centre is there to support them to ensure a brighter future for all. 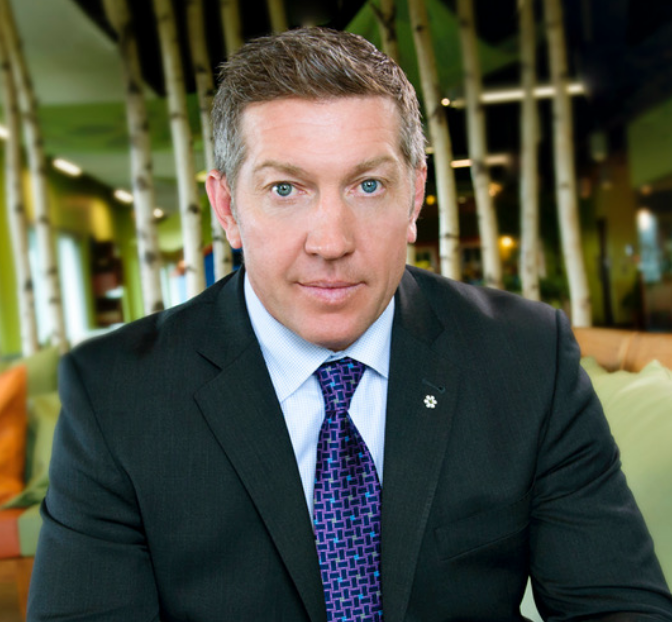 Most of the time, it is not about fixing the situation, it is about supporting, guiding and listening. 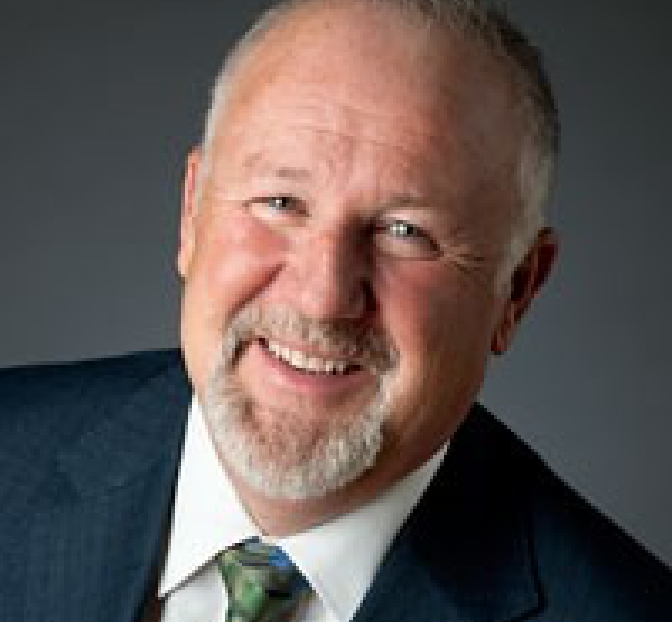 I’ve personally been on a path of healing for 30 years. As a survivor of childhood sexual abuse, I believe in the important work Toba Centre is doing to educate and support families in their pursuit of safety, justice and healing.

Today is Father's Day! What better gift can we g

Myth: In child sexual abuse cases, children are of