Winnipeg, Manitoba (Tuesday, June 14, 2022): Toba Centre for Children & Youth announced today that Winnipeg Jets’ forward, Adam Lowry, has stepped forward as an Ambassador in support of the organization. Adam, having played with the Jets for 9 years, is a team player who understands the importance of standing together, this time representing a coordinated effort to protect children and youth who have experienced abuse.

Though Adam is early in his own journey in learning more about the topic of abuse and Toba Centre’s work, he’s hopeful his voice will resonate with kids and youth.

“All kids need a voice, they need a team around them,” Adam says. “It takes a lot of support to get through a season. That, compared to what some of these kids have gone through, is very miniscule. So, if you can lend your voice, lend your support and be on their team, it’s definitely something important, and something I want to do.”

Toba Centre is in the process of building a new first-class child advocacy centre at Assiniboine Park, physically bringing the many services involved in investigation and recovery—police, medical, social work, and other supports—under one roof. Executive Director, Christy Dzikowicz welcomes Adam, believing his will be a voice of encouragement for those who are already in the recovery process, and for those who have not yet come forward, saying: “Having someone like Adam join their team, tell them that he believes in them, and rally for their wellness and support, it speaks volumes.”

“Adam is the first guy that’s going to jump in and stand up for his teammates and I think this is kind of what this is—he wants to stand up for another team,” said Winnipeg Jets owner, Mark Chipman. For Mark, this is an important step in a series of efforts made by True North Sports + Entertainment to support Manitoba’s young people.

Chipman has described Christy Dzikowicz, Toba Centre’s Executive Director and a lifelong child advocate, as being especially influential to him. Over the past several years, Chipman came to learn more about the realities of child abuse in Manitoba and the role of Toba Centre in supporting young victims. In addition to Adam’s Ambassador role, Project 11 will work with Toba Centre to enhance its curriculum to address the topics of abuse and harassment in age-appropriate ways.

Manitobans are invited to support Toba Centre and to learn more about the We Will Capital Campaign. With this new centre, we will put the needs of children first, we will work to restore childhood, we will help when it’s needed most. Join Adam Lowry, True North and so many other Manitobans in building a community around our children and youth who deserve our support.

The new Toba Centre is currently under construction and set to open in spring of 2023. 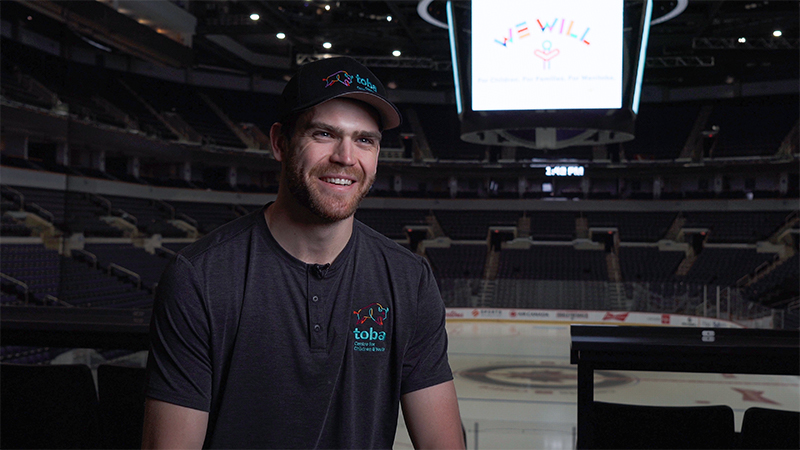